Have you ever heard of astral projection, or OBE (out of the body experience)? The principle is pretty basic. It’s based on the belief that your spirit can vacate the confines of the physical body, for a time, and then return back to the body. This isn’t to be confused exactly with a near death experience but the two can definitely be linked, I believe.

An OBE can happen accidentally to someone. Some people have reported that in a moment of extreme duress, pain, or exhaustion, suddenly finding themselves floating outside of their body and observing what is taking place from a different angle, as if they were someone else merely observing. Others have reported to have left their body inadvertently while sleeping. They might be having a dream and then, the next thing they know they are standing in the bedroom, looking down at their own unconscious body.

Astral projection is the same concept, except that it is the deliberate action of leaving the body. Some claim to have figured out how to meditate and concentrate in the right way, allowing them to leave their body at will. Those who have been able to do this, say that they then are able to move about on what they call the astral plane. They are still here but are able to move through walls, fly about, and even meet other beings and spirits. NO THANKS.

My dad used to know a man that claimed he could do this. According to this person, there was a sort of silver umbilical cord that connected him to his body. He had the feeling that when you die, the silver cord is severed and your spirit is permanently separated from your body. Off you go towards the light. This man gave up the practice, however, after laying down on his bed one night, he meditated and successfully entered the astral plane. 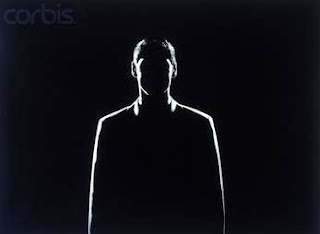 He turned around to look at his body and was horrified to see a dark, shadowy figure standing in the corner of the bedroom. He felt an evil vibe coming off this specter and had the distinct feeling that this character was trying to figure out how to take possession of this now vacant vessel. He jumped back into his body without hesitation, and gave up the practice of astral projection. SO WOULD I!
In my debut novel, The Summoning, the main antagonist, Daniel, uses astral projection to inhabit the body of someone else and commits a murder that can’t be traced back to him in any way.

The story of my friend, Tyler, is not that scary, but still quite incredible.

One late afternoon, after returning to his second-story apartment from an extra hard rugby practice, he collapsed on his couch. He was so exhausted that he didn’t bother taking a shower or anything. He doesn’t recall ever being in such an exhausted state before in his life, and immediately began to drift off to sleep.

He tells of suddenly experiencing the sensation that he was sinking through the couch. He opened his eyes and was shocked to be looking up at the ceiling, just a few inches from his face. He realized that he was falling, but very slowly—he wasn’t sure how he got up there to begin with. He tried to turn himself around to face the floor. He got about half turned and looked down. This was when he discovered he wasn’t even in his apartment!

Below him, on the floor, was a blow-up mattress with some big guy sleeping on it. He didn’t recognize the man, but he was distinctive, being a very big guy with long hair, possibly Samoan or some other type of Pacific Islander heritage. I’m out of my body, he thought to himself. At that moment, he felt himself fly back up through the floor, the couch, and into his body, like the snap of a rubber band.

At first, he just assumed that he’d experienced a really bizarre dream, brought on by his extremely exhausted state … until the next morning when he went to leave for work. He almost had a heart attack when, coming out of the apartment, he ran into the big Samoan man he had seen sleeping on the blowup mattress. He had not seen the man before hand and had originally thought he was just a figment of his imagination. Now the guy was standing right here in the flesh!

It turned out the big guy was spending the night with a friend and that’s why he had been on the blowup mattress in a spare bedroom. It was at this point that Tyler had to seriously take into consideration that he had, indeed, inadvertently slipped away from his body for a few seconds. 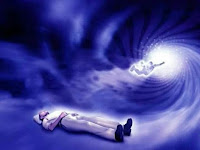 Personally, I don’t condone that one should try to experiment with this stuff on purpose. The story of the evil presence waiting there on the astral plane should serve as warning enough to those who might be curious. I don’t know what to actually think about this particular phenomenon. Of course, I do believe that we all have a spirit that inhabits this mortal house of clay. So, it’s not too far of a stretch for me to think that under the right circumstances we could find ourselves straying a little from our physical body.

But as far as I’m concerned, I’m only planning on my spirit taking a leave of absence from my body once, thank you.
If you are enjoying my blog, please consider signing up for my FREE Newsletter