A Haunting in Idaho 2: The Woman in Black

The following true ghost story comes from a former coworker of mine, and is one of my all-time favorites. The story was told to me about twenty or so years ago, as we labored one day detailing cars at the small shop where we worked. For the purposes of anonymity, I'll refer to him as Steve.

Steve was about ten years older than I, and usually his stories were funny tales of some of the crazier things he had done in his youth. But for some reason, on this day the conversation had turned to the sharing of ghost stories. Maybe it was getting close to Halloween or perhaps, me being me, I had simply steered the conversation in this particular direction.

When Steve was younger and just getting out on his own--I would guess in the late 70s--he ended up renting a studio apartment that happened to come in the form of a small basement house. For those of you unfamiliar with what a basement house is: it's basically a half-built house. Imagine digging the hole for a basement, building your exterior walls--usually from cinder blocks--a few feet above ground, and then slapping a roof on the whole thing. Voilà! Basement house. 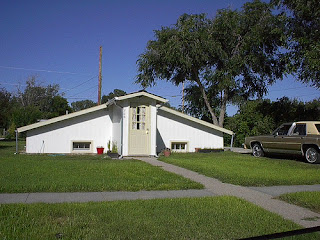 While living there, Steve never noticed anything strange or paranormal about his groovy new digs. Except sometimes, in the middle of the night, the little orange light indicating the gas oven was on would suddenly light up by itself. It was a frequent occurrence and Steve attributed it to an electrical glitch in the knob. But to be safe he would get out of bed each time and could always get the light to shut off by turning the knob on and then back to the off position. He didn't always catch the anomaly in the act, however, and would sometimes wake in the morning to find the light had come on while he was fast asleep. This was slightly disturbing, but not enough to worry him too much.

I'm not sure how long he lived there, dealing with the faulty oven light, but his days as a basement house renter came to an abrupt end one fateful night.

He awoke suddenly from a dead sleep to the click of the oven light, once again, turning itself on. But, when he opened his eyes, he beheld an old woman standing at the foot of his bed. He described her as looking like she had walked straight out of the 1800s. She wore a massive black dress: big shoulders, corseted tightly at the waist, and flaring wide at the hips. The bodice was stitched in elegant velvet scroll work with black buttons that ran all the way to the neckline. With her iron-gray hair up in a severe bun, she had the appearance of the strict head mistress of a girls boarding school. A detail that really stood out to him at the time was the huge, ruby-red medallion that hung from a silver chain halfway down her body. 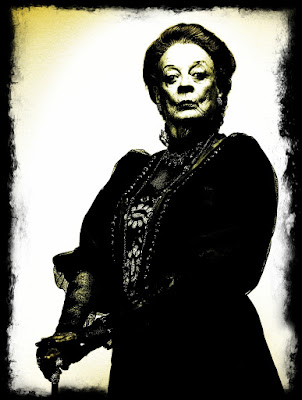 Her face was as stern as the rest of her countenance, her eyes piercing him, as she raised an arm, sleeved in black lace, and pointed a bony finger at him. "GET OUT OF MY HOUSE!" she commanded angrily.

In stunned bewilderment he could only stare back at her, his fear-numbed mind racing and grasping for answers to questions he didn't even dare to ask.

Suddenly, the woman in black turned and walked away, vanishing as she passed right through the far wall.

Having no desire to disappoint the old woman, or risk any kind of return visit, Steve spent the remainder of the night packing up what little belongings he possessed. By morning he had moved back in with his parents until another apartment could be located.

But here's the kicker: that very next night ... the basement house caught fire and burned to the ground. The old mistress in black had probably saved Steve's life with her angry demand!

If you dig this kind of stuff, be sure to sign up for my News Letter for more news, updates, and information about my writing. It only takes a second.

If you have a personal story of the paranormal that you would like me to share on my blog please contact me at bradylongmore@gmail.com I'd love to hear your story. You can remain anonymous if you wish.
Posted by Brady at 9:40 PM