A Haunting in Idaho 5: The Possessed Toy 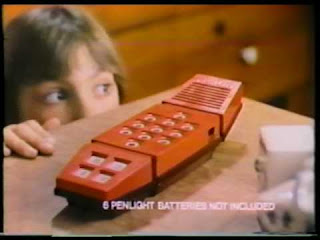 This week’s true story of the paranormal was submitted by a friend of mine, who wishes to remain anonymous, so for this story I will refer to him as David.

The incident that was relayed to me took place approximately in the year 1981 in the Iona, Idaho area while David was playing at the home of a childhood friend. The boys would have been right around ten years old. David’s friend had a handheld electronic game that was extremely popular at the time called Merlin by Parker Brothers. Many of you that are around my age or older, probably remember the game and the TV commercials that advertised it.


At some point while playing with the game, the boys became bored and set it aside to just talk about whatever it is a couple of young lads might discuss. At some point, David—and for no particular reason—decided to punch in the number 666 into the keypad on the Merlin game. I imagine that whatever conversation they were having may have lead to this decision. The game did not respond, however.

Not to be one to give up quite so easily, David tried once again to feed the biblical number into the device. Again, Merlin was having none of it, and remained silent to this input from the young boy. David says that he made a few more attempts, not really knowing what he was thinking or why he would try such a thing. Each time he tried this, the little machine gave zero response. 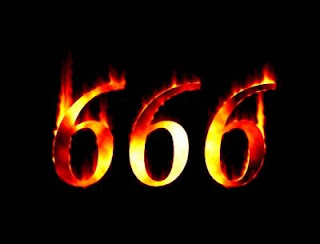 His friend, growing nervous—apparently a smarter kid than David—started asking for the game, saying that he wanted to put it away. But before handing the Merlin over to his friend, David gave it one more attempt, punching the infamous number into the game, expecting the same results as before.
This time however, and for no apparent reason—I like to think it might have been the sixth attempt—the Merlin suddenly came to life in a flurry of beeps, screeches, and high-pitched tones. It lasted a few seconds, and in David’s own words, it seemed as if the game were somehow screaming directly at him in anger and rage.

When the Merlin fell silent again David and his friend were very afraid. And although the game shook in his trembling fingers, David just had to know, so he punched in the three sixes a final time. The game remained silent. The boys looked at each other, eyes the size of teacups, each feeling that what they had just experienced was something that went beyond just a coincidental malfunction of a toy.

Not having any more of it, David’s friend took the Merlin from him and went to put it away.
To this day, the memory remains with David as a terrifying and vivid reminder that it is definitely not wise to play around with such things. The moral of the story:

Toying around with The Number of The Beast is no game.

A Haunting in Idaho 4: The Ghost Waitress of Idaho Falls 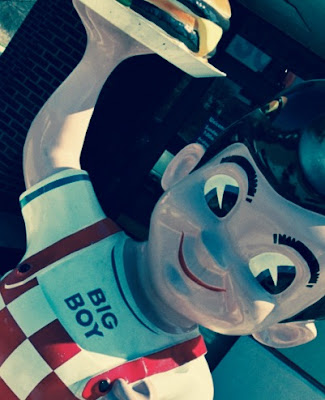 The following true ghost story was told to me by a coworker of mine some years back, and has remained as one of my favorites over the years. It happened in Idaho Falls in the early or mid eighties.
This coworker of mine, Rick, was working at the time as a busboy at the old JB's restaurant on Broadway by the overpass. There was a young waitress working there at the time who I will refer to as Linda. Rick remembered her as a very hard worker that always seemed to be in a cheerful mood and easy to get along with.
Unfortunately, after a period of not feeling well, Linda went to the doctor only to be told that she was in the final stages of a very deadly and aggressively spreading form of cancer. Within a very short time the cancer took Linda from this world, leaving her coworkers at the restaurant reeling in shock at the sudden loss.
A few days after the funeral, Rick stayed late with the manager, John, to help close up the restaurant. When they had locked up the place they went and got in the manager's car, having carpooled to work that night. As they were getting ready to leave, Rick's boss started patting himself and quickly realized that he had left his cigarettes back inside. "I'll be back in a sec," he said, leaving Rick in the car to wait.
John was gone a lot longer than would have been expected for a simple task like retrieving a pack of cigs. Rick began to worry and was just about to go inside to check up on the guy, when John finally returned. According to Rick, the man was as pale as a sheet and trembling!
"Man," Rick said," you look like you've seen a ghost!"
John nodded slowly and whispered, "I did." He then related the following story to a wide-eyed Rick.
John was pretty sure he knew where he'd left his pack of cigarettes and quickly made his way through the restaurant to get them. Indeed, the smokes were right where he remembered leaving them. When John grabbed the pack and turned to leave, he was suddenly frozen in his tracks by a loud crash that came from the kitchen. It sounded like someone had just broken every plate the restaurant owned. He could even hear the distinct scraping sound a plate makes when spinning in its undulating fashion on a tile floor.
His first thought was a thief had concealed himself somewhere in the building and now, having waited for everyone to leave, was in the act of robbing the place when John had come back inside, scaring him. He figured the thief was trying to make his getaway and had accidentally disrupted a stack of plates in the process. Feeling more angry than frightened, John dashed toward the kitchen in hopes of snagging the little rat before he could escape.
Bursting through the back entrance to the kitchen, John was shocked to see nothing wrong with the place. There were no plates smashed into millions of pieces across the floor as he had expected to encounter. He shook his head. Was he losing it? Too many late nights? That's when he heard a thump and looked up to see the big double doors that the wait staff used when picking up orders from the kitchen. Both doors were swinging gently back and forth on their two-way hinges. Someone had just gone through those doors! How he had not seen them was beyond him, but the thief was getting away! John ran to the doors and shoved them open.
His blood turned to ice when he saw Linda! There she was in her waitress uniform and as real and substantial as any living person. Her back was to him, and in stunned silence he watched her walk down the little corridor that led from the kitchen to the dining area, as she had done thousands of times before her untimely death. Then she turned the corner and vanished into thin air! After realizing what he had just witnessed, John ran out of that place as fast as his feet would carry him. 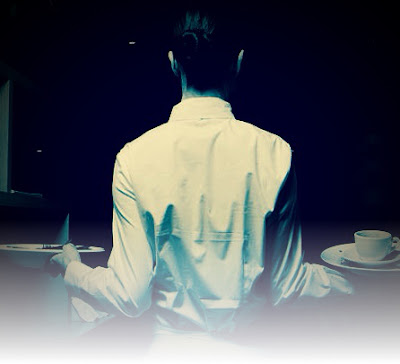 JB's is gone now. Torn down with an Olive Garden in its place. I did manage to eat at JB's a few times though, after hearing this story. Each visit, as I ate my popcorn shrimp--as if it really were popcorn--I couldn't resist taking a moment to wonder and entertain the notion that each night, after the guests dispersed and the place grew quite, perhaps Linda would glide among the tables once more and pass through the kitchen doors, leaving them to swing gently back and forth in the dim silence.

If you are enjoying my blog, please consider signing up for my FREE Newsletter!