A Haunting in Idaho 7: The Girl of My Dreams 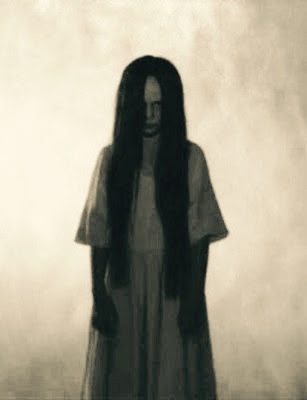 The following happened to me in November of 2000.

I was twenty-seven years old and was excitedly anticipating becoming a father for the first time, in just a few months. My wife, Kimberly, and I had just purchased our first home in preparation for starting out a family. The house was an old, brick farmhouse, built in 1898 by some of the first people to settle down in the historic, little village of Iona, Idaho. This is the same house where I had my experience with Charles, mentioned in a previous post. Read about that good time right HERE.

We were thrilled to be in our first home and I still remember those wonderfully terrifying feelings of responsibility and stewardship that would come over me from time to time, as the idea of being a property owner and a father began to sink in. And if I’m honest, me being me, the idea that the house could be haunted was also on my mind. A hundred year old house is bound to have a ghost or two hanging around, right?

I don’t remember exactly how long we had been living in the house when I had this experience, but I do know it was within the first few weeks or so. One night, after having gone to bed and falling asleep, I suddenly woke up for no particular reason. I was lying on my right side, my back facing the open bedroom door. In this house the master bedroom was right off the living room. I don’t know why I awoke, but didn’t think much of it and decided to roll over onto my left side.

As I did so, I was taken completely off-guard when I saw a little girl standing in the doorway! She was about six or seven years old and was wearing a white nightgown that had an old-fashioned look to it, like something you’d see the Ingles girls wearing on Little House on The Prairie—minus the bonnet. She had long, dark hair and was smiling at me.

I didn’t feel any fear. In fact, the thought that this was a ghost didn’t even enter my mind. She didn’t look like what I would have imagined a ghost to look like. She seemed solid, right down to her little, bare feet planted on the old, hardwood floor. My first thought was that a neighbor kid must have been sleepwalking and somehow found herself in my house. Yes, that was it.

I was about to ask her who she was when she raised one hand up in a sign of farewell, smiled sweetly, and said, “Bye … “ She dragged the world out like, “Byyye.” Suddenly, she became less substantial, like the dimming of a light, fading into transparency, her hand still up in the air. Before I had time to be scared or disturbed by this, she was gone. Vanished into thin air.

I remember experiencing a sensation of wonder more than fear as I tried to come to terms with what had just happened. What in the heck was that?  I thought to myself as I rolled back onto my right side, once again putting my back toward the bedroom door.

As I rolled over, I caught a strange movement out of the corner of my eye. Some shadowy thing slipped into the bedroom at that moment. Flew into the room, would be the better way of putting it, I guess. The best way I can describe it would be if a black blanket of mist slipped into the room by flying through the doorway, up high near the top of the frame, and then floated up into the corner of the ten-foot ceiling. It hovered up there, watching us in our bed.

I was seized by such a fear at that moment that I suddenly felt paralyzed, like a charge of electricity was coursing through my body. I thought I could sense this thing spreading out across the ceiling, becoming larger. It began to descend, as if to completely drape itself over us. With sheer mental force, I powered myself out of that feeling of paralysis and turned on my back to face this spectral threat. But, there was nothing there.

I lay there contemplating what had just happened. The fear slowly dripped away as several minutes ticked by. I concluded that somehow I had dreamed the whole thing. And, maybe I did. To this day, I’m not exactly sure about that. Was it all a dream? I felt like I was awake, but … I just don’t know for sure. To be honest, maybe I don’t really want to know.

I never saw the girl again, or the strange, black shroud that had flown into our bedroom that night. I’ve spent the years since, telling myself that it was all just a bizarre dream. There was never any other evidence to make me think that there was the spirit of a little girl haunting the house.

Except for this one time when our dog, for no reason at all, got his hackles up and started growling at our darkened kitchen one night. But a dog wouldn’t growl at the ghost of an innocent little girl. Would it?