A Haunting in Idaho 8: What The Shadow Knows 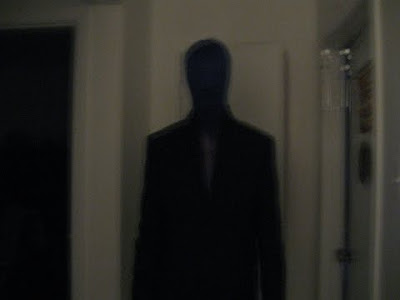 Have you ever heard of shadow people? I suppose it’s a relatively new phenomenon in the paranormal world, but extremely interesting to me. I’m not sure what to think about it to tell you the truth. To be honest, I’ve never really gave it that much thought until a close friend of mine had his own sighting of a shadow person a few years ago.

So, what is a shadow person? Well, nobody really knows and there are many theories on it, but the typical sighting usually goes something like this: The witness will unexpectedly notice movement—many times from the corner of their eye, just inside their peripheral. Most witnesses report seeing the shadowy form of a person, with no identifying features. Many describe it as looking like a three dimensional shadow where you can see the outline and shape of the person only.

There are a number of theories on who or what these beings are. Anything from visitors from another world, to time travelers, even guardian angels. Most agree that these are probably not ghosts and don’t tend to haunt or linger in a specific area. Anyone can conceivably encounter a shadow person anywhere, anytime. Although, some people may be more prone to seeing these strange apparitions than others.

The theory that I find the most interesting is that shadow people are actually beings from another parallel universe or dimension. For whatever reason, just for a moment, the interdimensional fabric that separates our reality from theirs thins just enough that we catch a glimpse of someone in that other universe. It’s quite possible that we ourselves unknowingly appear as shadow people, from time to time, in their dimension! As Commander Spock might say ... 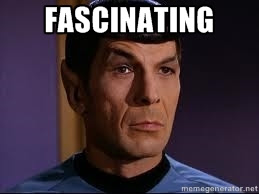 This is a true story told to me by my friend, Duane. Duane experienced a classic shadow person sighting with a little bit of a twist a few summers ago while he was mowing his lawn.

It was an average summer day, nothing out of the ordinary going on, and Duane was enjoying the nice, warm weather as he sat astride his lawn tractor, mowing his lawn. As he came around the side of his house towards the front yard, he looked up to see a man striding purposefully across the grass towards him. Duane's first reaction was to assume that a neighbor was paying a visit, or perhaps a door to door salesman had stopped by. The man seemed quite tall and lanky, his long strides carrying him quickly in Duane’s direction. The figure was wearing a top hat of all things! Duane could see the outline of an old fashioned, long coat with tales flapping behind the man.

The most unnerving feature, to suddenly jump out to Duane, was the fact that this man walking towards him had no features. He was just a black shadow, like a cut out hole in the fabric of reality, through which only the darkness of some unseen void shone through. At that moment, before Duane even had time to become alarmed by the appearance of this Lincoln-like specter, the figure seemed to notice Duane sitting there on his mower. There was almost the feeling that the two had met one another’s gaze—if it’s possible to meet someone’s gaze who doesn’t even have eyes. Then, without even missing a stride, the lanky figure changed his direction. In one diagonal step, he vanished behind the trunk of a tree, growing nearby, and was gone.

The whole thing lasted less than two seconds according to Duane. It was broad daylight, he was wide awake, and he swears it was not some fleeting trick of the light or his eyes playing tricks on him. He knows what he saw. He has not seen a reappearance of the tall man in the top hat, but to this day, when he’s mowing his lawn and comes around the side of his house, his eyes go directly to the edge of his lawn, half expecting the strange visitor to be there once more.

Who knows, maybe in a parallel universe there is a tall, lanky man—perhaps he’s the president of his country—wondering if he’ll ever again encounter that strange, shadowy figure sitting on the strange contraption, staring at him.


If you are enjoying my blog, please consider signing up for my FREE Newsletter

Some images in this blog post were obtained through Google. The author does not own these images and takes no credit for them. No copyright infringement was intended.