A Haunting in Maryland: If These Walls Could Talk 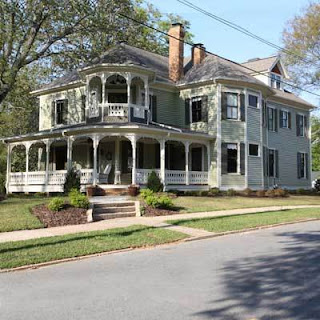 This week’s true paranormal story comes to us from my friend, Thomas. It takes place in Maryland, over a period of about fifteen years. The story, in an almost classic style, begins with a recurring nightmare.

Sounds like a typical, demented nightmare—I’ve had similar dreams myself—except for the fact that this particular dream persisted throughout most of the 80s for Thomas. That’s something that I would not consider normal if it were happening to me.

In 1992 Thomas found himself renting the second story of an older home, constructed in the 1840s. The home had been renovated some years prior into a rental unit. He recalls that there was a stairway on his floor with a landing that led to an attic door. The door was actually boarded up and also had bars installed across it. He began to feel like something might be wrong with the house when his bluetick coonhound started wandering up the landing to just stare in quizzical fascination at this off-limits door. Was this the house of his recurring dream with the infested walls?

His suspicions were confirmed one night while he was watching TV in the living room. For seemingly no reason the ornamental plaster medallion, mounted above the fireplace, fell off the wall, all by itself. But it didn’t just fall off the wall. It practically sailed across the room, assuming an impossible trajectory, and crashing to the floor! Thomas climbed up to where it had been solidly attached just moments before. He looked for anything that might explain this strange occurrence. No explanation was to be found, and it was at that moment, he suddenly realized that he was actually living in his nightmare house!

He took the dream and the flying medallion as a warning and moved out of the place, having only lived in the old house for three months. Years later, just by chance, he actually bumped into a man who’s grandparents had purchased the house some many years before and had renovated the place.

Remember how Thomas’s dream included the idea that the walls were infested with the evil dead? Well, according to the grandson, when the house was being renovated, four complete human skeletons were found hidden inside the DANG WALLS! I know, I know! How creepy is that? 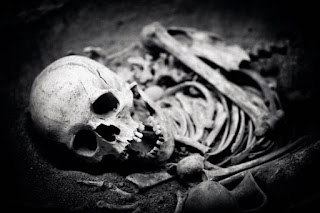 The bodies were never identified, I guess. The house was close to the old Mason-Dixon Line, and the working theory is the bodies must have been the murdered remains of a small group of runaway slaves. But, nobody really knows for sure.

What do you think about dreams? Was Thomas warned ten years before to stay clear of this particular house? If so, where do dreams like this come from? Is there a higher intelligence reaching out and trying to warn us, or does the dream somehow come from within our own minds? Perhaps, through and extra-sensory ability that we possess but are mostly unaware of?

Whatever the case, I think I might start paying a little closer attention to my own dreams for now on.