A Haunting in Idaho 9: The Unholy Ghost of Salem, Idaho

The following true story has been terrifying me for most of my life. So much so, that I paid homage to it in my first book, The Summoning Those who have read it will immediately remember the significance that the old Salem Church plays in my novel. But, little do people know, such a place really existed and it was no less unnerving. The following true account is taken from none other than my own dad, Ken Longmore. With his permission, I give you the following: 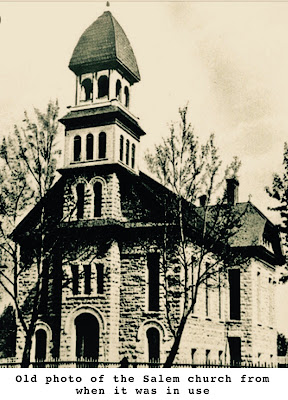 It was the fall of 1967 and Ken was a young man attending his sophomore year at Rick’s College in Rexburg, Idaho—now known as Brigham Young University—Idaho. Ken had come all the way out West, from his home state of Minnesota, to study art, so that, one day, he might fulfill his dream of becoming a professional painter. Having only one year of college under his belt, he was still very unfamiliar with the area and hadn’t really spent a whole lot of time beyond the confining city limits of the small college town.

One morning, while attending one of his classes, the professor felt the sudden necessity to stop his lecture and offer a heart-felt warning to the students in attendance. “I just want to take a moment and tell you young people, that you should stay away from the old Salem Church. I know some of you like going out there, seeking thrills, but something is not right about that place, something evil and sick, and you aught to keep clear of it.”

The professor probably saw the looks of befuddlement, amusement, and disbelief that must have been on many of his students’ faces—Ken included—and decided to add to his message of warning: “A couple of days ago, a few high school kids didn’t come home after being out all night. I was called, as a friend of one of the families, to help search for them. It was discovered that they had been planning to go up to the Salem Church and tell ghost stories and the like. Well, we drove out there and, sure enough, they were still there. We found them on the front steps. They were out of their minds, babbling incoherently, scared half to death. I don’t know what those kids had been dabbling with, but something got at them and really messed with their minds. Two of them came to their senses after we got them home, but one of the girls is still being treated at the state hospital in Blackfoot. I don’t know if she’ll ever be okay. You have no idea what you might be fooling around with, class, so just stay away from that place.”

This professor might have had the best of intentions in offering this warning to his students, but in hindsight, it might have been better if he had just kept quite about this event. Having grown up in a haunted house himself (see A Haunting in Minnesota) Ken’s curiosity was peaked at an all-time high. He had to see this Salem Church for himself. Of course. He is a Longmore.

Not being from the area, Ken had not heard of the place and began asking around about it. He was able to quickly learn that the building used to be an old Mormon church built out of limestone blocks by early pioneer settlers to the area. It had been privately owned for some time now and was derelict, rundown, and slowly eroding from the decay of time. It stood in a rural area, not far away from a small community known as Sugar-Salem. Once he had acquired directions as to its location, he was determined to go out there and have a look. 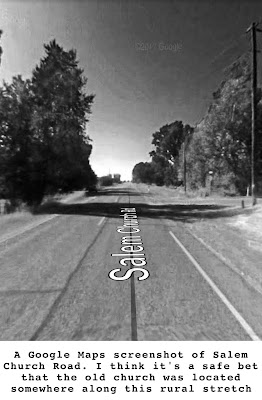 On a late afternoon, after he was finished with his classes for the day, he hopped into his 1956 Chevy Nomad and began the drive out to the abandoned old church. It was getting to be around five o’clock when he arrived. Despite its rundown condition, Ken was immediately impressed with the unique, Gothic architecture and styling of the building, complete with a belfry. It was really neat, he thought, in its own way. He even considered that the worn-down, two-story structure might provide excellent subject matter for a watercolor painting.


After taking in the scene before him for a few moments, Ken decided it was time to get out of the car and have a look around to see if there was a means to gain entrance and explore this place. It was the reason he had come, after all, despite the warnings of his professor. He had to admit, before arriving, he’d felt pretty bold and adventurous. Now that he was here, all by himself in this rural setting, the old church now loomed threateningly before him in the rays of the waning afternoon sun, and his previous conviction to come here was seeming to feel more and more like a foolish proposition. 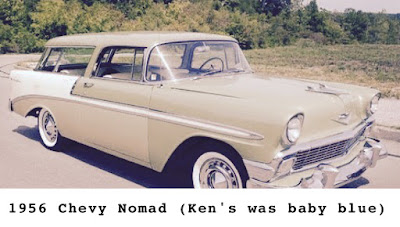 Determined to see this adventure through, however, he approached the church’s main front door. He found the entrance to be securely locked. One would have to break down the doors to get in that way. He knew that there must be another way in, others had told stories of being inside.

To the left of the main entrance, a short distance away, was a smaller door, warped and damaged. It was near the corner of the building, and by the looks of it, this was the means to gaining access to the structure. Sure enough, with a little work, Ken was able to pry the door open, the bottom of it scraping against the ground as he pulled on it. Before him, a steep, narrow flight of stairs climbed dimly upwards to the second story.

Ken steeled his resolve and began ascending the old stairs, the rotting boards groaning under his weight as he climbed to the second story of the old church. The dire warnings of his professor echoed louder in his mind with each step. He finally reached the top. He now stood on a small landing where a door—slightly ajar—led into a larger room on the right.

As he reached the landing, his presence must have startled some doves that happened to be taking shelter in the old place. There was an avian explosion of flapping and beating wings in the other room as the birds became startled and made their escape through some holes in the roof. Ken jumped  back in his own shocked surprise. His heart certainly needed no more shots from his already pumping adrenal gland.

When the birds had made their evacuation and things had settled back down, Ken gathered his wits once more and peered through the six inch crack left by the slightly open door. He could see a large room filled with maybe some old furniture he thought, along with scattered bits and piles of debris from the failing and caving roof. There was what may have been a stage, or otherwise some kind of raised platform at the back of the room. He decided to go in and have a look.

He went to place his hand on the door in order to nudge it the rest of the way open. But as he raised his hand toward it, the door suddenly swung back toward him and closed, all by itself, right before his eyes. This was not a gentle swaying of the door as one might expect that a draft would cause—there wasn’t any wind outside anyway. Nor was it an outright slamming of the door; it was almost just the regular force that one might expect a person to use under normal circumstances when shutting a door. 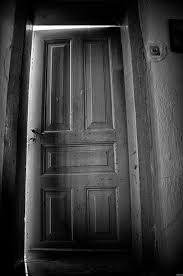 To Ken, these were not normal circumstances. Not at all! In Ken’s words: “I don’t even remember my feet touching one stair on my way out of there.” The next thing he knew, he was in his Nomad and heading down the road like a bat out of hell. He never returned to the old church in Salem, figuring that maybe there are powers that are not to be trifled with, and places that are better left alone.

There’s no saying what Ken really encountered in the old church that day in 1967: a draft of wind, a shifting of the building, or perhaps it was, indeed, an unseen entity letting him know that he was not welcome. Who knows what really happened to those kids that the professor had warned about, that were driven into such a state of fear as to have temporarily lost their sanity? That story remains to be told, but it probably won’t be by me.

We will probably never be able to find adequate answers to these questions; the building itself is gone, having been torn down, and hauled away years ago. Maybe for good reason.

Some images in this blog post were obtained through Google. The author does not own these images and takes no credit for them. No copyright infringement was intended.