A Haunting in Idaho 3: Charles 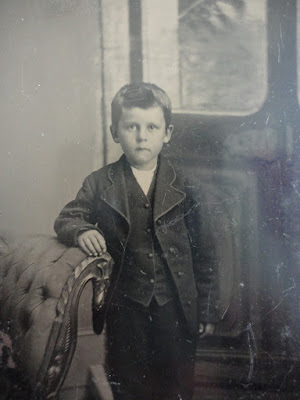 When I first began this blog and decided that I would use it to share tales of the paranormal, including a few personal experiences, I originally had not intended on sharing the following story. But, I reconsidered because I thought maybe it could serve as a bit of a cautionary tale about dabbling with things pertaining to the the other side of the veil. Especially without being prepared or having a clear understanding of what you are doing.

Personally, I don't believe in or recommend actively seeking out any interaction with the dead or the world of spirits. In my opinion, you really have no idea of verifying who or what you're contacting, or discerning what that being's intentions or abilities are. So, before I tell my story, allow me the following disclaimer: I do not recommend that ANYONE actively attempt to contact the dead. I know there are ghost hunters and paranormal investigators out there who might disagree with my statement and I have no problem with that. If they are comfortable with what they are doing, that's their deal and they've obviously worked around this stuff enough to get to a point that maybe they know what they're doing and know what particular precautions might be necessary when dealing with the spirit world. By my own admission, I am not a paranormal investigator, so read the following story with that in mind.

The first home that my wife and I purchased was a small, brick farmhouse built in the late 1800s. It had been fixed up pretty neat inside and we loved the charm and character of the place. I secretly relished the idea that maybe there was a ghost or two hanging around the place. This was a stupid thing to hope for. Fortunately, we did live there in peace and quiet without the spectral apparitions or visitors from beyond the grave that I half-expected. (I did have ONE experience shortly after moving in, but maybe I'll save that one for another time.)

A few years passed and I had become quite the fan of the show Ghost Hunters. For those unfamiliar with the show, it was a reality based TV show where cameras would follow a team of paranormal investigators called TAPS (The Atlantic Paranormal Society) as they investigated different locations for scientific evidence of real paranormal activity. They conducted investigations into everything from abandoned asylums and prisons to personal residences of families and even the home of Lizzie Borden. You can check out more information about the show HERE 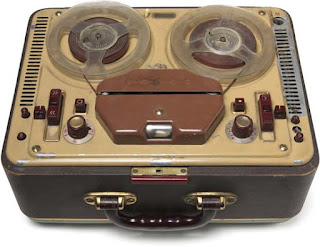 During their investigations the team would string cameras and recording devices of every type all over the place and then walk through the place attempting to incite the alleged spirits into interacting with them, hoping to catch evidence on their various devices. They did, in fact, have some very interesting things show up every once in a while: an object moving by itself, unexplained drops in temperature, increases in electromagnetic frequency, strange orbs of light and shifting shadows caught on camera. And, disembodied voices showing up on audio recordings. It was this final bit that piqued my interest.


In the ghost hunting world, catching an inexplicable voice on tape is known as EVP (electronic voice phenomenon). To catch an EVP is done by a rather simple process, a digital recorder and some audio editing software being all that's needed. The idea is for the investigator to walk around with a recorder running and start asking questions to the thin air, as if speaking to spirits that just might be there. The theory is that the spirits of the dead will sometimes try to talk back, but human ears usually aren't capable of hearing the voices at the time. However the voices can sometimes be heard when played back on audio software in the very low or very high frequencies. Now I'll admit, many of these so-called EVPs--even the ones presented on Ghost Hunters--are pretty questionable, and could easily be anything from squeaky floorboards to an investigator's grumbling belly. Here's an example of a typical EVP. You'll have to turn up your speakers to hear it well.

Creeped out a little now?


Okay, I think that's enough background on EVPs and ghost hunting. So, here I was a fan of the show and wondering to myself, Is all this for real? or are we all just getting played by this show? Of course, I was leaning towards believing in most of it because it's just in my nature, I guess. Anyway, I had stayed up late one night--I think it was past midnight--and my wife and kids were all in bed, fast asleep. I had my laptop out--I was probably writing one of my half-begun, never-finished novels--and getting ready to call it a night, when I had the half-brained idea to use my laptop to try and capture an EVP of my own.

The laptop had a built in mic and I already owned audio editing software. It was nothing fancy and I was pretty sure I wouldn't get anything. The idea was just a trivial thing at the time and didn't seem like a big deal. Without giving it the thought that I probably should have--note my disclaimer earlier--I set the laptop on the kitchen counter and hit the record button.

"Is there anyone here with me?" I asked into the quiet nothingness. Immediately, I felt somewhat apprehensive. I shrugged off the feeling and waited a solid thirty seconds, then said, "If there's anyone here with me right now, what's your name?" The feeling of apprehension grew stronger as I let the computer continue to record the silence around me. What are you doing? I thought to myself. I hit the space bar on the computer, stopping the recording software. A little, rectangular window appeared on the screen with a wavy line running through it, indicating the audio that had I just recorded.

Still feeling apprehensive, my curiosity overcame my better judgment. I turned up the volume on my laptop's speakers and hit play. I listened to the playback, my own voice sounding much like the stuff I'd heard while watching Ghost Hunters on TV. When I came to the part in the recording where I had asked anybody listening, "What's your name?" A definite sound crackled over the laptop's speakers. A reply? NO WAY!

I clicked on that part of the recording, enhanced it via the software, and listened to it again. "What's your name?" came my voice again.

My own breath caught in my throat as I heard, ever so faintly, what sounded like the voice of a young child say, "Charles." I nervously replayed it several times, each playback solidifying to me that indeed, I was hearing a for real response to my question from the other side!

Now, you'd think I would have been excited about actually having captured a real EVP just like my TV heroe's the Ghost Hunters, right? WRONG. Instead, I found myself utterly freaked out as I sat there in my empty kitchen that night. The thought that I had evoked a response from beyond the grave and in my own home was very unsettling to say the least. I wondered who this Charles was or might have been. Or what he might be. Had I inadvertently opened a door to something beyond my understanding? Had I opened myself, my home, and my family up to some force or being that might not have the best of intentions?

I felt like I was being watched from every corner of my home that night as I turned off the laptop and finally went to bed, to eventually fall into a fitful sleep. Eventually, this episode bothered me enough that I expunged the recording from my laptop and vowed that I would not engage in this type of activity again. I know to many this might seem like an overreaction. The Ghost Hunters certainly would scoff at my apprehension.

I have spent a lifetime telling and listening to ghost stories, watching horror movies, reading horror novels--heck I even WROTE a horror novel! So, I am quite familiar with the creepy feeling of my spine tingling, hair standing on end, skin crawling, etc. And I'm here to tell you, this feeling that night was different from all that. It was sort of like a slap in the face, I guess. It's hard to explain, but I think on some level I knew and recognized that I had crossed some sort of invisible line for myself. That I had crossed over from fantasy and fun speculation into a place where things could become real.

If you have a personal story of the paranormal that you would like me to share on my blog please contact me at bradylongmore@gmail.com I'd love to hear your story. You can remain anonymous if you wish.